The Family Dog and Other Things That Kill Romance

Events of this evening conspired, from the very beginning, to sabotage a good night’s sleep.  I should know better than to play a board game with my boyfriend before calling it a night.  Besides both of us being very competitive people, he’s a poor loser.  He’s even worse when in comes to winning.  I do believe “ass****” was the word I used to describe him to his very face.  On top of that, I absolutely hate playing games where it is a slaughter with me on the losing end.  It isn’t all that fun for me to be on the winning end of a slaughter either; I much prefer a challenge where I, at least, feel as though I’m somewhat competitive even if I lose.  After tonight’s third slaughter, with my beau (not sure that’s even an appropriate word for him right now) gloating ruthlessly, I just got up and walked away.  Okay, huffed off, is more like it.  I heard him laughing about it after I left the room.  I didn’t talk to him the rest of the night.  I detest arrogant ass**** winners.  His words?  “I don’t play to lose.”  Really?  Seems to me that you sure lost out on something tonight, with all that arrogance, Big Guy.  Put that behavior on the top of the list of “Things That Kill Romance.”

Now, I’m not suggesting, by any means that he should have “let” me win.  That, in a way, is arrogance in reverse order, in some situations.  However, given that I’d played this particular game maybe five times total and he grew up playing it like some people used to play backgammon back in the eighties, it wasn’t exactly an even match.  I think he could have saved his championship tournament play for another time.  The whole scenario just didn’t engender any loving, caring, positive feelings in me for him.  In my words, “Well, there’s really nothing about this that is fun for me.”  If you win by a landslide, for crying out loud, at least have the decency to be kind to the person you annihilated rather than divesting them of their last shred of human dignity. Big romance killer.  Just.don’t.touch.me.

As soon as I’d settled in to attempt to sleep, as if that was even going to be possible with my annoyance meter soaring off the charts, the dog comes into the room and begins licking herself.  It’s a sound I hate.  I mostly hate it because it happens incessantly these days.  She’s licked off most of her fur on her haunches and she is LOUD about it. Loud.  Lick. Lick. Lick. Lick.  It is worse than a dripping faucet and far noisier.  It grates on me. 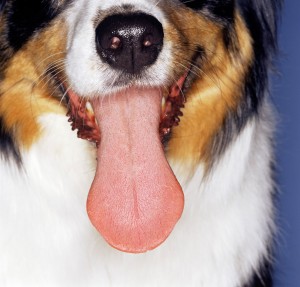 So I banished the dog from the bedroom and closed the door.  Most of the time, she will just sleep outside the bedroom door or find another place in the house to camp out for the night.  Tonight, she decided to sit outside my bedroom door and bark.  Bark….Bark…Bark….Bark.  I get up and let her out.  She comes back in; same routine.  In the bedroom:  lick, lick, lick.  Banish to the hall: bark, bark, bark.

So, I’m infuriated and exhausted by the dogs in my life, and now, both of them are in the bedroom resting peacefully and I’m here typing away about ready to code out, I’m so frustrated.

And…I am out of sleeping pills.

Posted in What Keeps Me Up At Night