The Key Is Consistency over Time 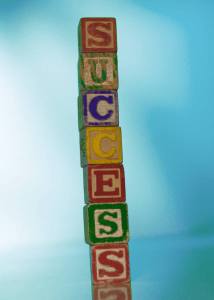 It’s been about two weeks since I last posted, so I thought I’d give an update on my progress in the fitness area.  It’s mixed.  The good thing is that in the last week, which is when I really got serious (I spent the week before dilly dallying around mostly until about midweek), I lost a kilo, which is just over two pounds.  Last Monday, I took measurements and set goals and one goal is to try to  lose a kilo a week. But when you are over 50 and your lifestyle involves food and social events that are not conducive to furthering your fitness goals, it’s tough.  I blew it a lot.  But I did one thing well and that was to workout or be active every single day. And I tracked my progress.

Fitness is always an internal journey as well as a physical one.  We win or lose the battle in our heads long before we see the results on our bodies. It’s about being consistent over time, more than it is about being really good at anything we do.  I’ve mentioned in earlier posts that I’m in the worst shape I’ve been in, in recent years.  Walking is tough for me and I’m not fast. I can ride my bike, but the bike I’m riding these days is much heavier as am I, so I’m pushing hard when I have to climb even the slightest of inclines. It’s easy to look at how much fitness I’ve lost over the last two years and become discouraged.  It’s a mental battle before it becomes a physical one.  On October 21st, I just decided to get started.  I set a goal to get out and walk every day for at least two miles. On some days I was just under that goal, on others I was well over it.  By the following week, I logged a couple of days where my walking distance was six or seven miles. Last week I exceeded my weekly walking goal of ten miles after only three days in.  Since the weather was nice, I added bike riding into my activities and I headed back to the gym for some strength training. I took two days of rest after ten straight days of activity.  Now, I won’t keep that up, but I needed to force a daily exercise time into my schedule.  I had to be okay with the fact that it wasn’t at the gym every day but that I was getting out and doing something for one hour a day. I hoped I’d lose weight.  I wasn’t holding my breath about it though, because like I said, I really didn’t modify the eating too much. My big goal was the exercise, and I’ve got that underway.  Now I can continue that progress and add in another small goal. Mental determination translates into physical fitness success. END_OF_DOCUMENT_TOKEN_TO_BE_REPLACED