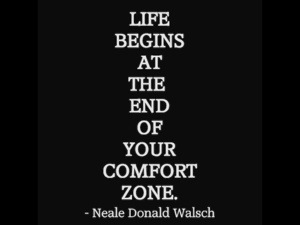 Limbo is the best word to describe this last week. I don’t deal with life very well when I’m in limbo. I know from much experience that bad times don’t last, but that realization doesn’t necessarily make the struggles easier or less painful. It might make it easier to simply just endure.

This week of limbo was tough. I have a couple of weeks of vacation (unpaid) coming up. This was the first of those two weeks. I spent the entire week, wondering what the verdict would be on my vehicle. Were they going to opt to repair it, or would they total it. When the estimated cost to repair the vehicle (and it was never certain that it could really be repaired) reached $18,000+, they called me and said, “It’s a goner.”

That conversation rather than being a discouraging thing, was actually energizing. I was finally able to do something, or know something with certainty. I hated the in-between state of wondering if they will total the car or repair it and the time frames for each of these things. Though the entire situation is disappointing, and hard, this knowing for sure which direction events were going to go did wonders for my previously dragging state of mind. I instantly had answers to many of the questions that have kept me up at night. Yes, I’ve been up and tossing and turning, twisting the bedsheets around, eating middle-of-the-night snacks and regretting it. I’ve also been lethargic during the day and less concerned about all the things I normally concern myself with like, keeping up the house and doing dishes. The truth is, I think I went through a mild bit of grief about the situation. Just at the time things were smoothing out for me and my little clan, this happened. I began to worry. I’m learning that the worry is ineffective and harmful. Things always work out, usually satisfactorily.

I worried anyway. I hate myself for it.

When my insurance adjuster called yesterday, I was filled with questions and I had most of them answered. She was also able to help me know what my responsibilities were in the next few days and what I could expect. She gave me some suggestions about what I might consider regarding finding another vehicle, which meant also a lender. She suggested that when I call the lender to give my insurance company authorization to get a payoff quote and settle the account, I ask them about getting into a new loan. She said often lenders will do this in circumstances like these. (I do love it when people are great at their jobs.)

This morning, I woke up and knew that the first thing I had to do was deal with my lender. I have never had to deal with a lender about a totaled vehicle, so this was new to me. It was a quick call and the person I spoke with ended up being just as helpful as my insurance adjuster had been.

I asked about getting into a new loan and what would be the process for this. Her answer? “Well, we certainly don’t discourage you from applying with us directly, but if you have a dealer in mind and particular car you are looking at, that might be the better route to go.”

I knew a dealer.
I had a car in mind.

I called the dealer I’d purchased my Altima from, told them the story. Within minutes they sent me an online credit application. In about half an hour I had numbers…and they were great numbers.

“If this works for you, we can deliver the car to you tomorrow.” My head was spinning. I’m looking at a car that is amazing. And the price tag, while more than my other car, is still amazing and keeps my monthly obligation where I need it to stay in order to be able to afford all the eating out I like to do on weekends. I told the sales guy I needed 15 minutes to call and talk to my insurance agent.

Just an aside: I always call my insurance agent to find out what the cost of insuring a particular vehicle will be before I purchase the vehicle. Some vehicles can kill your budget in the cost to insure. My insurance agent had great news, after we dropped my daughter from my insurance, I ended up saving over $150. This made the slight difference in car payment (yes, I am looking at a vehicle with a moonroof, bluetooth, and low miles) a possibility for me. In fact, when I ran the numbers, I realized that I am getting more car than I had before, and am going to be paying less each month if you add just car payment and insurance. I’m certain my gas costs will be a bit higher, but not horribly.

Immediately after speaking with my agent, I called back my salesperson and said, “Deliver the car, please.”

Then tonight, I went out for drinks with a friend. This particular friend happens to be very good at the car purchasing thing. I am not. She is one of those people that attracts the deals. She recently purchased a new-to-her 2010 model vehicle in a make and model she likes and her payments are killer low. She knows how to bargain. She also knows how to say no. So, tonight after drinks, we decided to go car shopping. She took me to a dealer she likes and had me test drive a Kia Soul which is what she recently purchased.

It was a fun car. I’m pretty certain based on the sticker prices that they could get me into a new Soul for about what I’d be paying for this other car I’m looking at. The Soul’s a great car, but while the Kia/Hyundai line does so much that is amazing and amazingly affordable, the one thing they need to work on is dampening that road noise. Though it was less in the model I drove than othes I’ve driven or ridden in, it was, for me still bothersome. I know I would probably get over it after driving the car for a while, but for that price, I do want something a bit less noisy and I want a moonroof. Sorry, but if I can get one, I just want one. I know that’s not the reason you should purchase a car. You should look at things like mileage, engine size, torque, reliability and safety. But if all that is equal between two vehicles, then I’m going with the one with the moonroof.

So, I decided I would at least keep the Kia option open. My car is being delivered tomorrow on the condition that if, after test driving it, I do not like it I am not obligated to buy it. So, that is exactly what I’ll do. I’ll go test drive it and make a decision then.

But…I’m fairly certain that I will be driving home a 2012 Nissan Maxima S with moonroof, bluetooth, and all the goodies I loved about my other Nissan. It’s a sedan. My friend hates sedans. She likes the boxy, angular shape. I like curves and lines. I’m a sedan, she’s a crossover and that’s perfectly fine. But it was so fun test driving that Kia with her tonight.

I should trust the struggle. So far, things have always worked out well. Why is it that I always think they might not? I think I will know I have arrived in life, when I not only can trust the struggle, but enjoy it a bit more along the way.